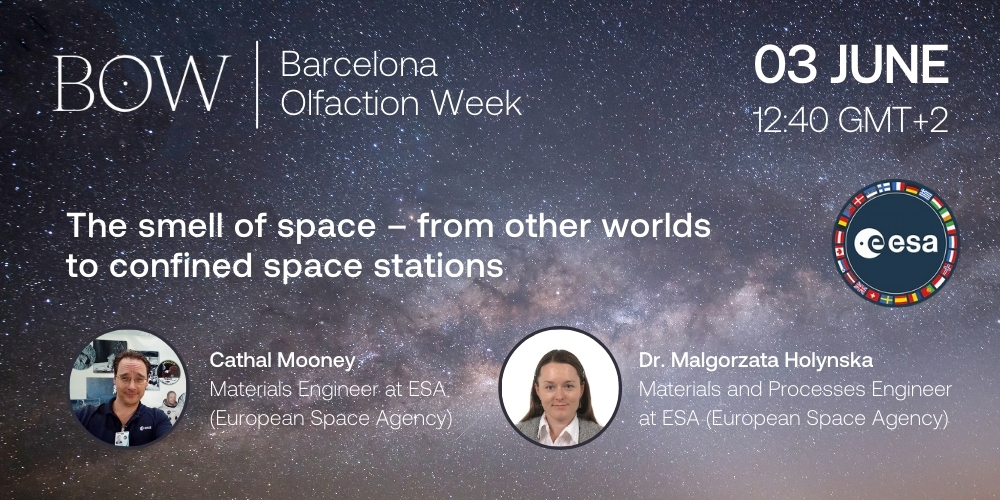 Key points such as the chemistry of aromatic molecules in outer space, space technology related to odour molecules or curious examples of methods and technologies tackling smell in/around space will be aborded by Dr. Malgorzata Holynska and Cathal Mooney, Materials Engineers at the European Space Agency (ESA). This presentation aims to inspire the community of scientists involved in research on odourous molecules by bridging with the space community examples and technologies. Control of outgassing and offgassing (“the new car’s smell”) is very important for space missions not only due to issues with contamination, but is also crucial for human spaceflight safety aspects. For confined space stations toxicity of the offgassed products should be avoided.
The smell of space has often been subjectively described – for instance as “metallic” for astronaut garments after extravehicular activities or “a combination of antiseptic, garbage, and body odour” for the International Space Station (ISS). Other worlds have also been “indirectly smelled” by instruments sent to probe their atmospheres, and telescopes have allowed us to analyse the possible odour of distant celestial bodies and surrounding environments.