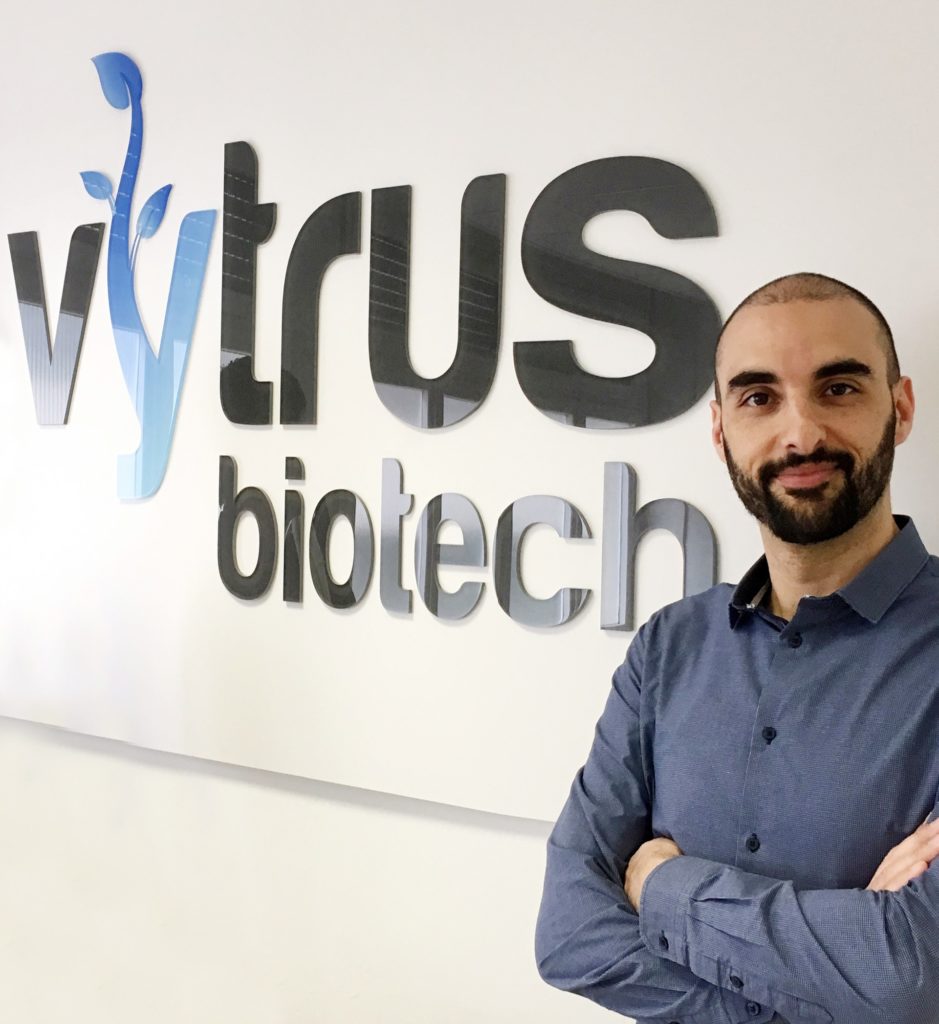 Dr. Óscar Expósito, born in 1980, got his degree in Biology in 2004 at Autonomous University of Barcelona, with an specialty in Botany and Ecology. A year later, he realized a master’s in Engineering and Management of Renewable Energies. In 2009, he became PhD in Plant Biotechnology and, since this same year, he is CEO and Co-founder of the company Vytrus Biotech.

His passion for plants and thirst for learning leaded him to be author of more than 14 scientific articles and 6 patents in the pharmaceutical and cosmetic sectors. He has participated as speaker in 35 national and international academic congresses, has been a professor in 7 Masters and specialization courses in the entrepreneurship and the biotechnology field and is member of several prestigious associations such as SEQC, SCS or IFSCC.

Regarding the company, Vytrus Biotech, it was the winner of the 2017 Beauty Industry Award for the Best Hair Care Ingredient, and it also recently won the Gold Innovation Award and the Gold Green Award during In-Cosmetics 2019.